It has been said that an airplane on the way from LAX to Hawaii is off course 97% of the time. The pilot is constantly monitoring the feedback from the airplane’s instruments and responding appropriately to assure the plane arrives safely at its destination. When we set out to pursue a big goal, we must respond to our internal instruments (feelings, intuition, wisdom, experience, etc…) in very much the same way a pilot responds to his instrument panel if we expect to arrive safely at our goals in a timely fashion. We must be flexible, decisive and fast acting. Your your passengers’ lives and YOUR life depend on it. 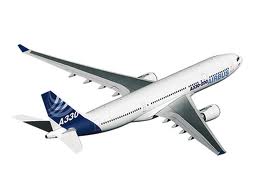 An airplane on the way from LAX to Hawaii is off course 97% of the time, much like YOUR Do Over will be. So, how in the world do the two of you arrive safely? The pilot is constantly monitoring the feedback from the airplane’s instruments and responding appropriately to assure the plane arrives safely at its destination. When we set out to pursue a big goal, we must respond to our internal instruments (feelings, intuition, wisdom, experience, etc…) in very much the same way a pilot responds to his instrument panel if we expect to arrive safely at our goals in a timely fashion. We must be flexible, decisive and fast acting. Your your passengers’ lives and YOUR life depend on it.

In the last three weeks, I have been receiving some consistent feedback with regard to my strategy and the pricing of  Do Over. There are two schools of thought on my strategy of selling Do Over for $1.

I created a video here that demonstrates how easily a new house could be purchased for a family displaced by Hurricane Katrina with simple $1 transactions.

The second school of thought, I’m cheating myself by selling Do Over for $1 as 1) the perceived value of the book is very low, and 2) people don’t want to be troubled to pull out their credit card for only $1.

This second school of thought is arriving via e-mail, chat and conversation more and more. I wanted to share a message sent to me as it probably best represents the overall rapidly growing sentiment flowing my way:

I would say – price your book higher. If you’re sitting at $3 (or a $1 default like you do now), there’s not much of an incentive to buy the book since you’re underpricing your book. Whether you like it or not, consumers believe that price is proportional to performance – or you get what you pay for. $1 is what you pay at your convenience store for a bottle of coke, not a book. With that association, they believe your book is inferior, and you’re not getting the sales that you want. Plus, since it’s the Internet, people don’t want to get their card out for a $1 purchase.

Try pricing your book higher, and you’ll see more sales – if people actually want your book in the first place and weren’t buying it because it cost a dollar.

Also – a $200K goal for proceeds is INCREDIBLY ambitious. Getting people to buy 200,000 books (under your original plan) is very, very difficult. Even at a $10 price point, you’re counting on over 20,000 people to buy your book – and I’m not sure you have the exposure to do so. (I’m not trying to be mean or patronizing or anything, just realize that it’s very difficult to sell that many books!).”

Whether the first or second school of thought is true, it remains to be seen. It has only been three weeks. My hunch is there’s validity to both schools. What I’m certain of is there has been an abundance of encouragement and praise showered upon me for my efforts and intent, however, the sales have not matched… so something is amiss.

The two are out of alignment. This pilot’s instruments are a little screwy.

What would a pilot do if his instrument panel were acting up and delivering mixed readings? I’m guessing he’d try a few diagnostic (I’m not sure if that word fits within my airplane metaphor, but hopefully you know where I’m going with this) type tests. I’m doing the same.

Do Over Tip: Be flexible. Understand that tests and obstacles are simply part of the game. Rather than focusing on the tests and obstacles, focus on the solutions that will enable you to overcome them. Every test and obstacle has a solution. Often it will take flexibility in what you’ve known to be true in the past to solve the problems you encounter. If not, they typically wouldn’t be problems.

When I got out of the Marine Corps, I remember hearing a quote from General Colin Powell: “Indecision has cost the American government, American businesses, and the American people billions of dollars more than the wrong decision.” In other words, NOT making a decision is typically more costly than making one, even if it is the wrong one. That quote has stuck with me, and I have referenced it at least a hundred times in conversation since. Indecision is a success killer. I’m going to heed these words like I never have before.

Do Over Tip: Be decisive. Don’t use the “Let me think about it” answer as an excuse to not make a decision. Do think about it, do some research, but then decide. Decide swiftly, and here’s why. Decision causes movement, and nothing moves without a decision. 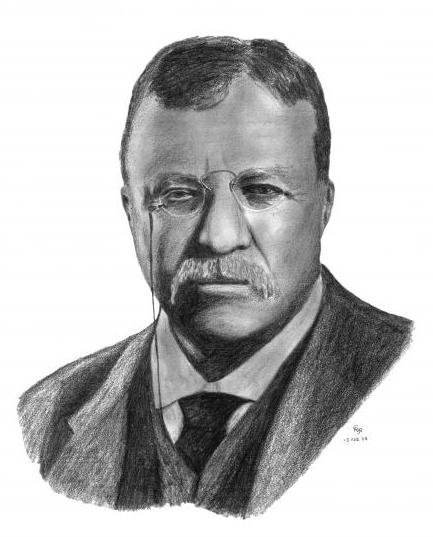 Napoleon Hill, in his classic Think and Grow Rich, notes a distinction between the rich and the poor in the speed with which they make decisions. The rich make up their minds quickly and change them slowly, while the poor make up their minds slowly and change them quickly.  These are words coming from a man who has associated with, and interviewed more, wealthy people (the wealthiest!) than anyone probably ever will.

General George S. Patton once said that the willingness to make decisions is the most important quality in a good leader. He also said a good plan today is better than a perfect plan tomorrow.

So, here’s my decision:

I could go on and wait for a while longer to see how things go, but the speed of which today’s society is evolving is so fast that “waiting to see” can be a death sentence. 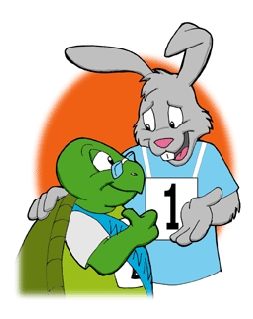 Additionally, the ol’ story of the rabbit and tortoise might not be as applicable as it once was either. Sure, the rabbit may tire before hitting the finish line, but a completely new race might’ve begun before the tortoise ever finished rendering the first race irrelevant.

“Life is short” is an old saying, but I’ve come to know it better as “Life is fast,” and the older you get the faster it seemingly gets. In our rapidly evolving times, my experience has led me to believe we no longer live in a world where the strong pummel the weak or the big swallow the small.

We now live in a world where the fast overtake the slow.

Do not get fast action confused with thoughtless action. I’m not suggesting acting with such haste and flurry that it results in carelessness. There is logic in the idioms “Haste makes waste” and “Look before you leap.” I have taken the steps to carefully plan, but once the plan is in place, it’s time to get going. So, while executing YOUR Do Over plan, you will find yourself in unexpected situations where you will have to make some quick judgment calls. I’ve compiled a few power questions to assist you in those calls so that you do not get stopped.

In my heart, the decision to raise the price of my book is validated by the above questions, but I’m still not sure if I’m making the right decision. Time will tell.

Newer PostTGIF
Older PostAn Unknown Step to Getting Your Life Back